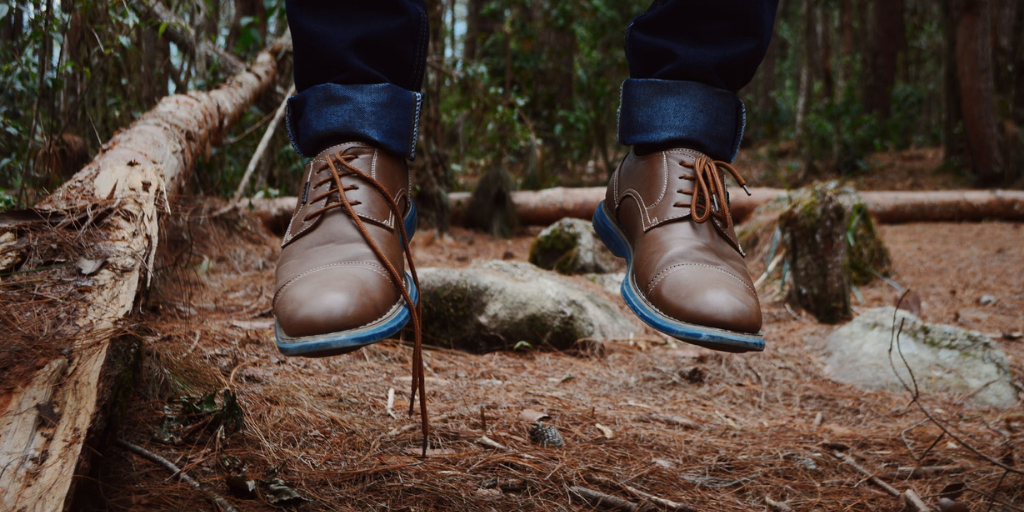 We were a normal family all things considered. We had day trips to the seaside during the summer holidays; we had fish on a Friday and roasts every Sunday, and on a Saturday night, as long as the curtains were drawn, my parents would let me fly around the living room ceiling.

When I was small, I would use my mother’s dressing gown as a cape, tie one of my dad’s black socks around my eyes and, feeling magnificent in my matching pyjamas, I would pretend to be the superhero I thought I was. The only downside being that I fly at 0.000001 miles per hour.

My Dad would often complain that I was distracting him from the television, but Mum was more accommodating.

“It’s better she wears herself out in here love, we don’t want another ‘incident’ do we?” Mum said one such Saturday.

There were many of these ‘incidents’ growing up, but the one she was referring to this time happened upstairs in Marks and Spencers when Mum was shopping for a new nightie.

After bumping into the Patterson family from 3 streets down, the adults were engaged in a long conversation about how inconvenient the roadworks nearby were.

My parents always kept me on reigns in those days, so if I started flying, they’d have plenty of time to yank me back before anyone noticed. However, this time they’d taken their eyes off of me. As little Tommy Patterson stared, his chocolate-smeared mouth open wide with amazement, I slowly began to fly upwards. By the time my mum looked round to check on me, I was clutching onto the shoulders of a mannequin, with a ladies’ bra around my head.

“Well look at you climbing up there, we’ll have you up Everest next!” said my Dad, grabbing ahold of me swiftly, as though this would mask my hovering body from the Pattersons’ eyes.

“I feel like I can never set foot inside Milton Keynes again,” Dad said, turning the volume up on The Generation Game as if to drown out the memory.

As I got older and more independent, I didn’t bother flying anywhere outside of the house, it was just faster to walk.

When I was 12, I decided I would never confide in my school friends. I was already teased for my mum cutting my hair at home with the kitchen scissors, and for my obvious crush on Lindsey Barker (which I continued to deny). I really didn’t fancy being labeled ‘delusional’ as well.

My friends and I would have parties with pizzas, movies and truth or dare. When I chose truth and was asked what my biggest secret was, I lied and told them I’d once drank half a bottle of my parents Crème De Menthe. They continued to think I was the boring girl of the group.

My parents, however, did confide in someone. Dr McGregor played badminton with my Mother on Wednesday nights, and would always come to our New Year’s Eve parties. She advised us it was best all round to keep my ‘talents’ hush-hush and to hope I’d grow out of it. I think she thought she was doing us a favour; keeping me out of a science lab or wherever, but in truth, I think my parents would have considered it if they hadn’t thought she’d be insulted.

Two weeks after my 16th birthday, my crush on Abigail Bosworth had reached an uncontainable peak. She was a whole year older than me, had the most amazing centre parted hair, and would roll her skirt waistband over, so it was shorter than our school regulations would allow.

One evening, while my parents were watching the news, I decided to confess my puppy love to her. I walked to her house, and, after rehearsing what I was going to say over and over in her front garden, I finally rang her doorbell. No one answered.

Feeling flustered after building this moment up to myself, I walked around the side of the house and looked to her bedroom window; I could see her light was on, and she was dancing around her room. I knew I had to tell her. I knew I had to confess that I wanted to be more than just friends, and ask ‘Can we be girlfriends forever please?’ So I turned to my secret power.

I began to fly up to her bedroom window, my head filled with determination, and fantasies of her crying ‘Yes, I’ve always loved you, you sexy thing!’

By the time I reached the window, the moment had gone. Besides, she’d turned out the light and gone to sleep.

At 17, when I came home one evening from my Saturday job at the local shoe shop, my parents sat me down over a cup of tea and told me I was very special and wasn’t I lucky for the gift I’d been granted, but also could I just stop bloody doing it? You see, I’d never been able to control flying when I got sleepy, and apparently, I was scaring the new cat Tallulah in the night.

The whole ‘uncontrollable flying when asleep thing’ made one night stands when I reached university very awkward. I had got away with telling a few girls that they were still drunk, hallucinating, and to go back to sleep. But I didn’t get away with that with Evelyn (as she liked to be called, Helen was her real name).

She was a goth, she wore black velvet, and I really wasn’t that into her, but I found myself in a relationship with her because I didn’t want to be rude.

I always tried with girls to make sure I was the last to fall asleep, but with Evelyn, I nodded off one time whilst we were watching Dracula. I jolted awake to the sound of her screaming, as I was floating 3cms from the bed we sat on.

“I can explain, you’re drunk!” I shouted in my panic-struck state.

“Vampire! Vampire!” she shouted back, before running out of my room.

We didn’t go out any more after that, and she was too scared to come near me when I saw her on campus. I was relieved.

My next girlfriend Sam was better at first. It was love at second sight for us. After 3 months of dating, I trusted her enough to tell her about my abilities. She laughed and thought I was being weird, but eventually, when I’d been trying to show her for 45 minutes, she thought I was amazing. A little too amazing.

At first, I was okay with it, but pretty soon she would only do it if I was wearing a knock-off superhero costume and pretending to rescue her from certain death. I’d have to prepare by taking a couple of hours to fly up the wall. The lack of spontaneity was a mood killer for me, and I eventually ended it.

Sam wasn’t the kind of girl you could get rid of easily though, and things got more than a little difficult. When I stopped answering her calls and texts, I would see her waiting outside my classes for me. She’d pretend to bump into me in the street or at the pub, but I knew she was doing it on purpose.

One night after dancing at the student union bar, I got home to find she had broken into my room and had managed to tie herself to my bed.

“The train is coming, only you can save me!” she was screaming. I had to tell her in no uncertain terms that we were not getting back together, and we couldn’t sleep together one last time in ‘our special way’.

The last I heard of Sam she was doing better and was dating a competitive hang glider.

After all my university troubles, I swore to myself that I would never tell anyone about my special ability, no matter how much I loved them.

At 27, I introduced my future wife to my parents. Over tea, mini quiche and a large cake selection, they asked me if I was finally settling down, with a heavy emphasis on the ‘down’ accompanied by exaggerated winking. I, of course, knew what they meant, while my partner presumed I’d spent the best part of my 20s shagging about town.

“Yes,” I assured them, before stuffing a whole slice of Battenberg in my mouth to avoid answering any more questions.

When I was 30, I got married. I love my wife with all my heart. We work well together, and I’m lucky she’s a heavy sleeper. I’m just not prepared to go through all that debacle again. If my wife suspects something, she doesn’t say. She always makes a point of looking away when she asks me to get something from the top shelf though.

T.J. Bowman was raised in the home counties, lives in London, and has a Portuguese wife. All of these things influence her writing. She is currently working on a comedy poetry collection and her debut novel. She thinks she starts too many projects at once. Twitter: @tinajbowman